Archives of Stuff I Said

©2011-present. FunnyorTragic.wordpress.com is licensed under a Creative Commons Attribution-NonCommercial-NoDerivs 3.0 Unported License. Don't steal it or I will sic angry, rabid ferrets on you.

Whew!  It’s been a while!  I’ve been very stressed, sick, and overworked, but no one likes to hear that.

Too bad.  You’re not paying me.

Anyways!  I just had the most ridiculous thing in my head, so thought I’d share.  Tonight I made cake.  Coconut cake with coconut icing and coconut flakes on top.  I thought of sending the photo to a friend, and then realized they would see…nothing.  It is, I realized, the whitest cake on the planet.  Every ingredient was white–it didn’t even use egg yolks.  I wonder…does that make me cake racist?  I’m not a people racist.  I love all peoples.  But were my baked goods as color blind?

I always use chocolate, but shouldn’t pale coconut milk, coconut shreds, cake flour and white sugar their moment to shine, too?  Or did I make the equivalent of a kkk cake?

And immediately, this voice popped into my head.

When you begin hysterically giggling by yourself late at night in the kitchen while you point at a cake, you really really need a vacation.

I don’t own a house.  I don’t have kids.  I work my ass off, but I don’t get any of the tax write offs most people have.  And being from the first generation not to do better than their parents, a generation raised in one recession to become adults in another, with soul gouging college loan prices and predatory marketing to attack us inbetween, I’m very aware of the middle class trappings I can’t afford.

I get cranky about it come tax time.  And before you start misquoting something historical (I have issues with those who don’t know their history but use it as a soundbite in arguments) it’s not the federal government I’m loathing tax time. It’s state.  It’s ALWAYS state.  And I don’t see better schools, law enforcement, or community growth from my local government. They just seem interested in putting in traffic cameras to rake in more revenue. And totally gouging me come tax time. Bitter much, you ask?  Well, I’m trying to do my state taxes without grinding my teeth when I see this pop up on the list of deductions in my state:

What the hell is this? I remember the Ottoman Empire being from the 1300s!?  I look it up on google.  When the Ottoman empire weakened, Russia attacked.  But Armenians in Turkey took the side of Russians, so they were expelled from the country, or killed.  In 1915.  If you are an Armenian descendent and received settlement payments, you can take the deduction.  I know it is serious and horrible stuff, but it was almost 100 years ago…I’m thinking maybe it shouldn’t be on the list of regular deductions anymore.  Maybe a footnote on another page.  I dunno if it should be there at all.

And while there are lots of respectful arguments I could make my first thought was that ANY deduction an uber rich Kardashian gets to take should be taken off the books.

I don’t care who you are, there’s one thing (only one thing?) that drives me absolutely nuts; asshat drivers.  Some people are really reckless drivers, and they shall be cursed by me as I screech on the brakes.  But what annoys me even more are idiots with more money than sense. 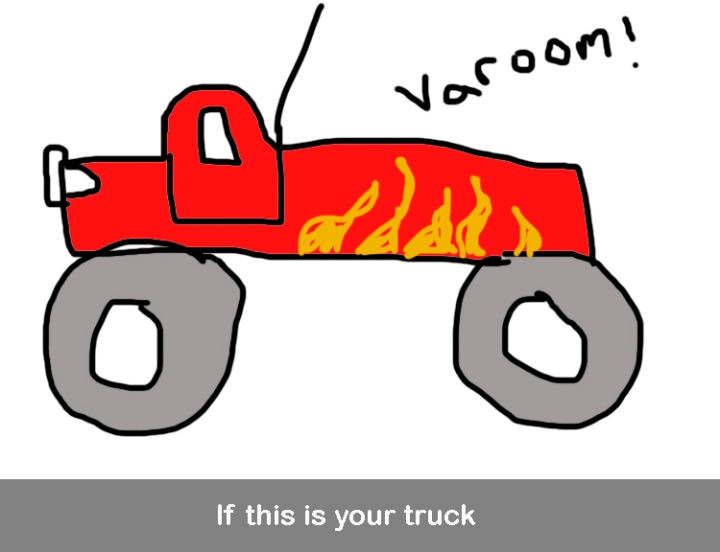 See, I know the limits of my car.  I know what it’s capable of.  But it’s not a badass car.  That’s fine.  I don’t need a pimped out engine.  I drive to work, not over mountains.  But these super sized monstrosities on the road are annoying.

I don’t like the fact that my mom owns an suv, for example.  She drives to the grocery store, not across rivers.  It’s ridiculous.  But what really gets my road rage going are people who have these kind of cars and drive them like the popemobile, like this idiot today. 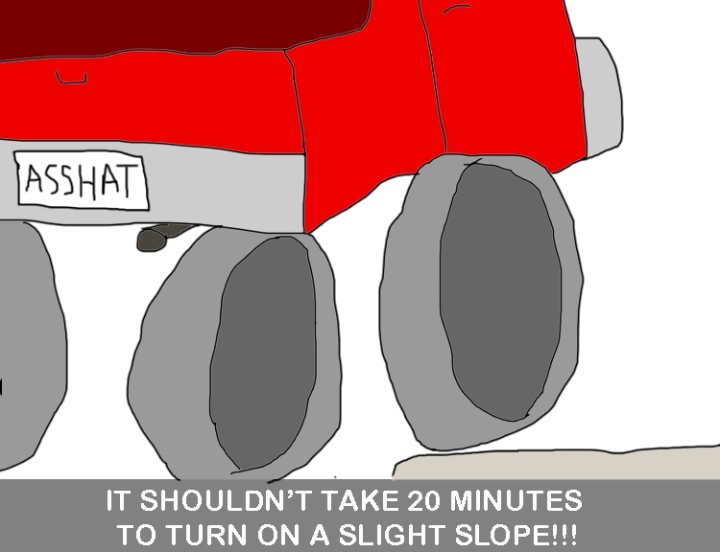 If it takes a truck that I’d need a ladder just to climb into an eternity to turn into a parking lot that has a light curb, then that driver is an idiot. 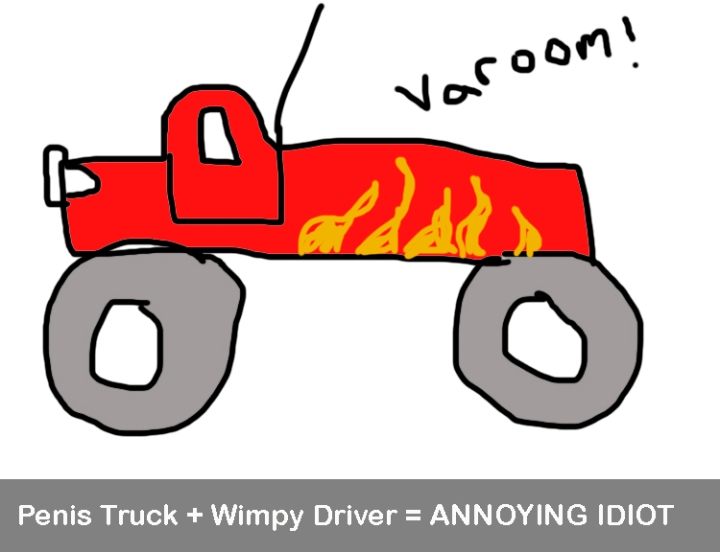 An idiot whom I might or might not have said should die.  I can’t say for certain, because there was this odd reddish tinge to the world while he crawled onto the curb in slow motion.

I don’t have a death wish though. I know it’s not nice to explain people should put their feet on the pedal and their head out of their ass. I keep those windows rolled up while I hurl insults so no one can hear.  But I seriously think that if you can’t drive your vehicle as intended, you should be forced to swap it with a station wagon from the 70s.